5 holiday tips to keep spirits bright and healthy! In the festive season it's far too easy to let health take a back seat! I think last year was the first year I did not gain 5-10 pounds from festive gorging! It felt so amazing to hit the new year feeling light, active, and energetic instead of the usual brain fog and heaviness that accompanies a long period of unhealthy eating and inactivity. So here  are 5 easy and quick things you can do each day between Christmas and New Years to "keep spirits bright" this holiday season: Water: Drink [...]

Finding foods you really love that are healthy and truly make you happy I have had many different relationships with food. At various points in my life it's been this kind of inner dialogue and/or dance usually involving variable measures of restraint, overindulgence, guilt and then wheeee, circling back to restraint again. I know that I've lived through many seasons with a general feeling of heaviness with regards to food 'shoulds'. The weight of the food regulator often pressing not so gently down on my epicurean freedom. Because of my heart-friendly eating, I get asked all the time if it's [...]

Statins have not been shown to prevent heart disease or heart attacks The more research you do into heart health, the more incredulous you become at what governments support and doctors prescribe to millions. Up to 7 million in the UK, and almost 200 million people in the USA (half of men, ages 65 to 74, and 39% of women, ages 75 and older) are taking Statins to improve heart health. This is shocking considering there is little evidence for most patient groups, and no evidence for women who have never had a heart attack, that Statins provide any positive benefit and in fact it [...]

Shockingly sugar is as toxic to the body as alcohol

Shockingly sugar is as toxic to the body as alcohol As part of my quest to find the best diet for heart health, I've been investigating the three macronutrients (protein, carbohydrates and fat). While looking at carbohydrates, I have come across this YouTube video by Dr. Robert Lustig, which was subsequently covered in an article in the New York times. When the April 2011 piece called Is Sugar Toxic? appeared, the video Sugar: The Bitter Truth had been seen roughly 800,000 times. Since then, it's been viewed almost 2.5 million times. I can't recommend viewing this 1.5 hour video enough. It [...] 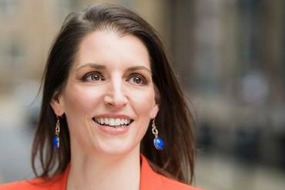