In familial hypercholesterolemia, the reason for the high cholesterol is primarily genetic. The picture above is from my (very large) family reunion. These are most of my immediate cousins from my dad’s family which had 13 brothers and sisters. In families like mine, the mother or father passes along a gene to the child that interferes with the body’s ability to take cholesterol into the cells. The type of cholesterol impacted is the Low Density Lipoprotein-cholesterol (LDL-cholesterol). This means that the ability to remove LDL-cholesterol efficiently from the bloodstream is reduced. The condition results in a higher level of LDL-C in the bloodstream. (We used to think this was a very bad situation, and sometimes even a death sentence, but read on to see how the science has changed.)

The prevalence of familial hypercholesterolemia

The prevalence of familial hypercholesterolemia varies worldwide. This could be due to different tracking systems for the disease in each country, or potentially different ethnic predispositions to the condition. Populations vary in their estimates from between one in 500 to one in 200.  It is estimated that between 14 and 34 million individuals worldwide have the condition, but fewer than 15% of these cases are diagnosed.  This means that millions of people throughout the world remain undiagnosed and are unaware that their eating patterns could be creating a significant and potentially fatal disease risk (see below on what you can do to minimize your risk).

Here are some general estimates of the condition by country:

The bodily mechanism behind familial hypercholesterolemia

Despite all the negative press, LDL particles are actually just transport vehicles for cholesterol particles. Cholesterol is an important fatty building block for our body, however it cannot circulate in our blood on its own. It needs an LDL particle to act as a taxi to take it to cells where it can be used.

LDL receptors are found on cell walls in our bodies. They allow LDL particles that circulate in our blood to “dock” much like a spaceship docks onto a space station. Once the cholesterol docks, it is taken out of the bloodstream and used in the cell. Someone with familial hypercholesterolemia often has fewer of these LDL receptors (typically half the normal amount). When we have less LDL receptors available, fewer LDL particles can dock with our cells and therefore more LDL particles must stay circulating in our bloodstream. The good news is that more LDL in our bloodstream does not have to be a big deal. But, if we don’t know it’s there and eat a poor diet, then it can be deadly. If we do know it’s there, and we eat a healthy diet, the extra cholesterol does not need to negatively impact us.

How do we avoid atherosclerosis or arterial plaque if we have familial hypercholesterolemia?

The reason why many of us are scared of high cholesterol is because cholesterol can be changed through chemical processes into arterial plaque. So the excess LDL cholesterol circulating in the bodies of those of us with familial hypercholesterolemia can become trapped in the walls of blood vessels, eventually forming plaques, which cause narrowing arteries and eventually heart attacks. 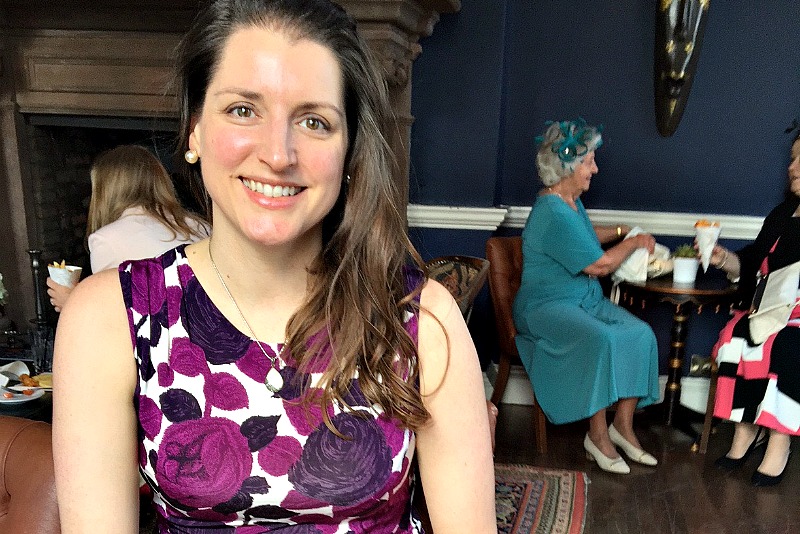 Being diagnosed with familial hypercholesterolemia in 2011 opened my eyes to the easy things I could do to radically improve my health. I am now healthier than ever and do not have to take side-effect heavy medication to manage my condition.

This much is true. People with hypercholesterolemia in general and those with familial hypercholesterolemia in particular have excess cholesterol in our blood. What no one seems to talk about however, is that the excess cholesterol, in itself, is not bad. It actually can’t do anything to us on it’s own. We must, in a way, ignite it through our dietary choices. Of course I’m speaking metaphorically about fire, but I think it helps to picture cholesterol in your mind like tiny little balls filled with gasoline, just circulating quietly and innocently through our bloodstream. If we never lit them on fire, they would circulate peacefully in our bodies.

The trouble comes when we light a match or two! Nothing will happen until we light these small units of gasoline on fire. Once we do this consistently, then inflammation can spread through our bodies and start to build the dreaded plaque formations on our artery walls. Whether we light the match, or not, is entirely in our control. We only light the match when we eat inflammation causing foods like refined sugar, refined flours, trans-fats, or processed foods. We can also ignite our cholesterol by not getting enough sleep, not exercising enough, or not reducing our stress levels.

The good news is that the science has changed dramatically in the last few years, and everything we used to think about cholesterol is mostly wrong.

The beauty of knowing this is that even if you have high cholesterol, you can indeed live peacefully with it in your bloodstream. As I learned after my diagnosis with familial hypercholesterolemia, you just need to know what to do.

Those of us with familial hypercholesterolemia are in fact like canaries in a coal mine. What happens to us, just happens much sooner than what happens to the rest of the population as it ages. With the right information including shopping lists, exercise, high antioxidant foods like green smoothies, stress reduction, enough sleep, and the right good saturated fats in our diets, we can peacefully coexist with our high cholesterol and even go forward to create the best health of our lives.